And to Think That I Saw it on Mulberry Street 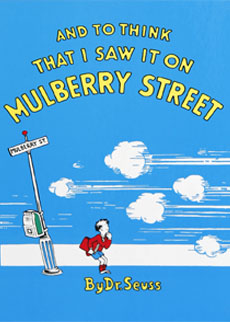 Theodor Geisel became known to the world as Dr. Seuss with this, his first book for children. The book was rejected 27 times before it was finally published in 1937. In fact, it might never have made it to bookshelves at all had Geisel not been walking down the street one day and bumped into an old friend who had just taken a job as a children’s book editor for a publishing house.

What will a little boy named Marco tell his father he saw on Mulberry Street—just a plain old horse and wagon? Or could Marco improve the story just a tiny bit? See what springs from the imagination of a young boy through the genius of Dr. Seuss in And to Think That I Saw It on Mulberry Street. 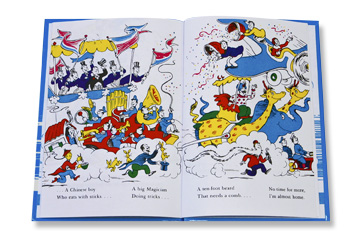 Tie-in Activity: Encourage your child’s imagination with dress-up games. Make paper hats and pretend to be sailors and “sail” around the living room. Long socks tucked into the back of pants can become animal tails that you can swing as you crawl around the floor. Have fun!
Subscribe Now